Learn more about us below.... Our MinistriesUpcoming Events

On behalf of my wife, Lady Terrah, my family, and the Bethesda Temple Church Family, I’d like to personally welcome and thank you for coming here to learn more about us. It is our sincere desire that you find our worship services uplifting, exciting, engaging and a life-changing experience for the entire family! Bethesda Temple Church is a ministry built on a great foundation of revival, biblical truth, love and family and it is our prayer that you leave the presence of the Lord encouraged, refreshed and empowered to live your purposed life in Christ Jesus! 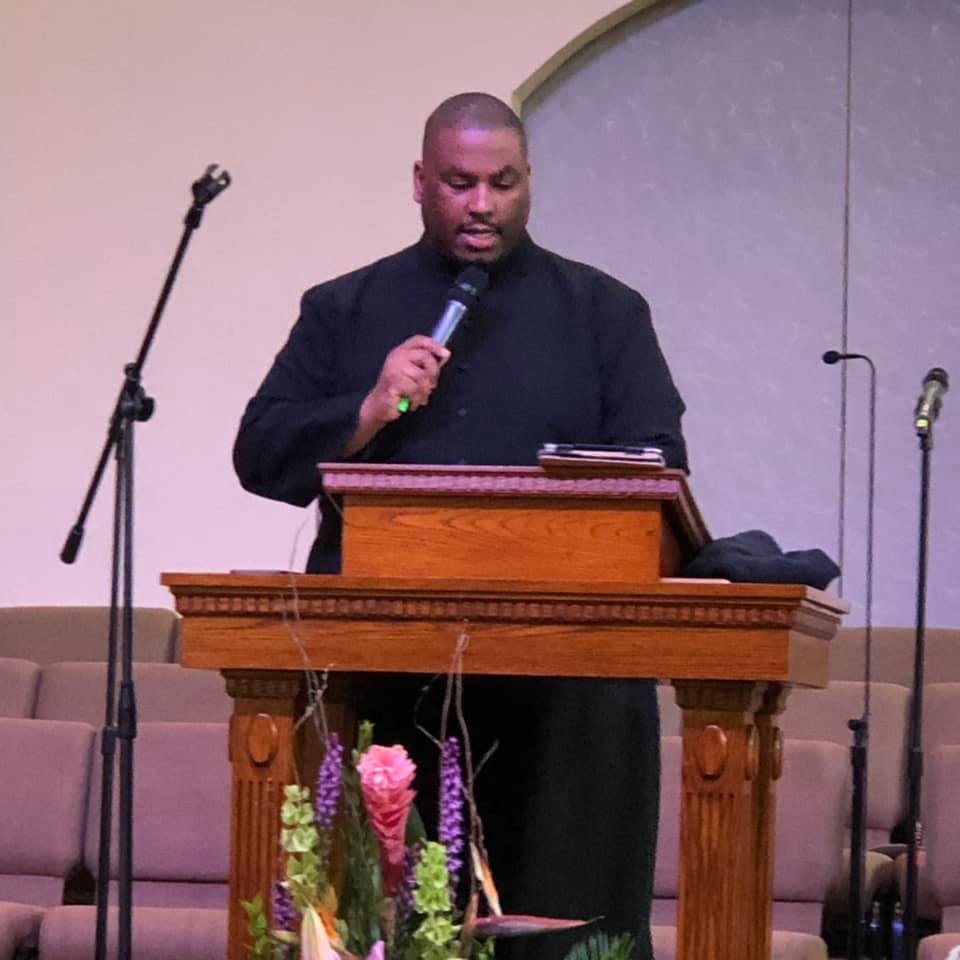 Transformative, innovative and passionate are just a few words to describe the ministry, persona and leadership of Pastor Kyron Shorter. The 4th of 5 children born to Terry and Beverly Shorter in San Diego, CA, Pastor Shorter was reared in the importance of humility, character, integrity and the value of a relationship with God at an early age.

Pastor Shorter received salvation of the Lord through water baptism in Jesus name and the infilling of the Holy Ghost at the age of 12 years old. Receiving his call to the ministry in his early teens, Pastor Shorter began ministering extensively throughout the state of California and locally developing a number of programs aimed at encouraging and fostering the development of young people. Pastor Shorter was licensed and ordained through the former California District Council of the Pentecostal Assemblies of the World, and was one of the youngest in the history of the organization to become an Elder at the age of 24.

Pastor Shorter is a highly regarded and sought after worship leader, lecturer and speaker. His anointed, inspiring and thought provoking presentations of the gospel are considered peculiar and life changing by many. He has been afforded the opportunity of ministering the reconciling message of Christ in a number of venues in and out of traditional church settings; from corporate events to college campuses.

Pastor Shorter has devoted his formidable years to the development and empowerment of young people. He has held various positions in the legacy CDC serving as the State Teen Director and Pentecostal Young People Union’s Co-Chairman of the Southern California Region. Pastor Shorter was also given the privilege of serving as the inaugural PYPU President of the Southern California District Council of the P.A.W. He currently serves as Vice President of the International Pentecostal Young People’s Union of the P.A.W.

After years of faithfully serving at the Greater Apostolic Faith Temple Church and Shiloh Temple Apostolic Church in San Diego, CA under the leadership of his father in love, District Elder Clarence Oats, Pastor Shorter and his family were divinely favored of God to assume the Pastorate of Bethesda Temple Church Apostolic Faith in the city of Los Angeles, CA.

Pastor Shorter’s mandate is to challenge, encourage, empower and equip the body of Christ to do great exploits educationally, spiritually and naturally. His ministry is centered on Ecclesiastes 12:1, “Remember now thy Creator in the days of thy youth…” He is a motivator, leader, champion of the gospel and above all God’s chosen vessel for this appointed hour.

Pastor Shorter is married to the lovely, First Lady Terrah Oats-Shorter and they share the joy of parenting three beautiful children, Kyah, Kameron and Kristopher.

through the transformation of lives by providing holistic, engaging and empowering Christ-centered ministry for people of all-ages. 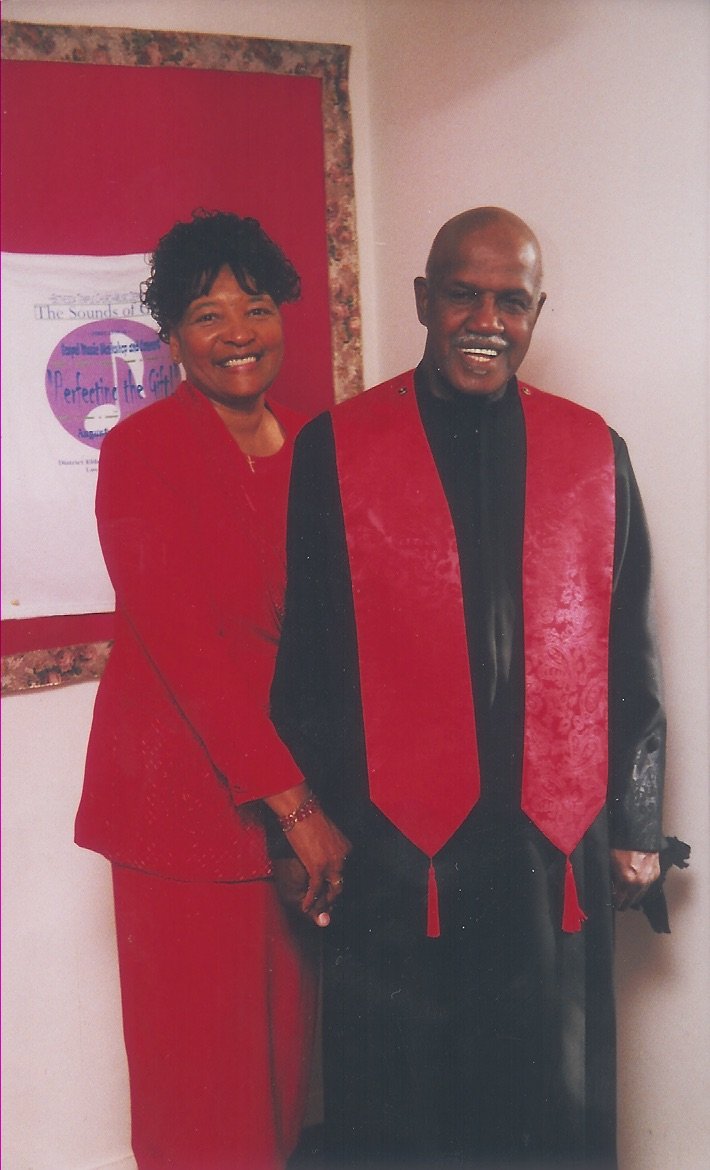 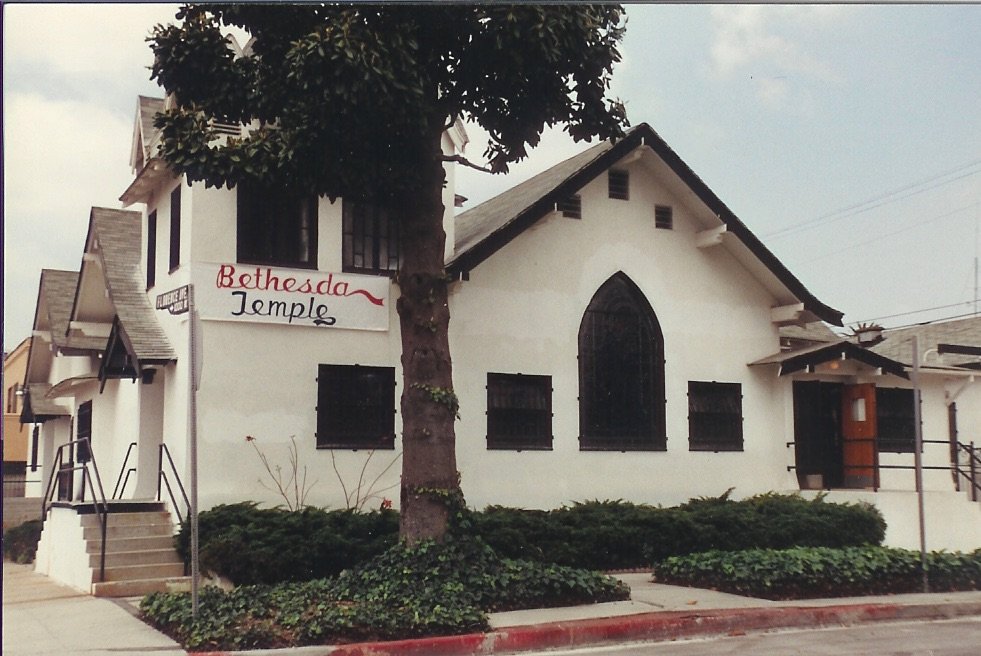 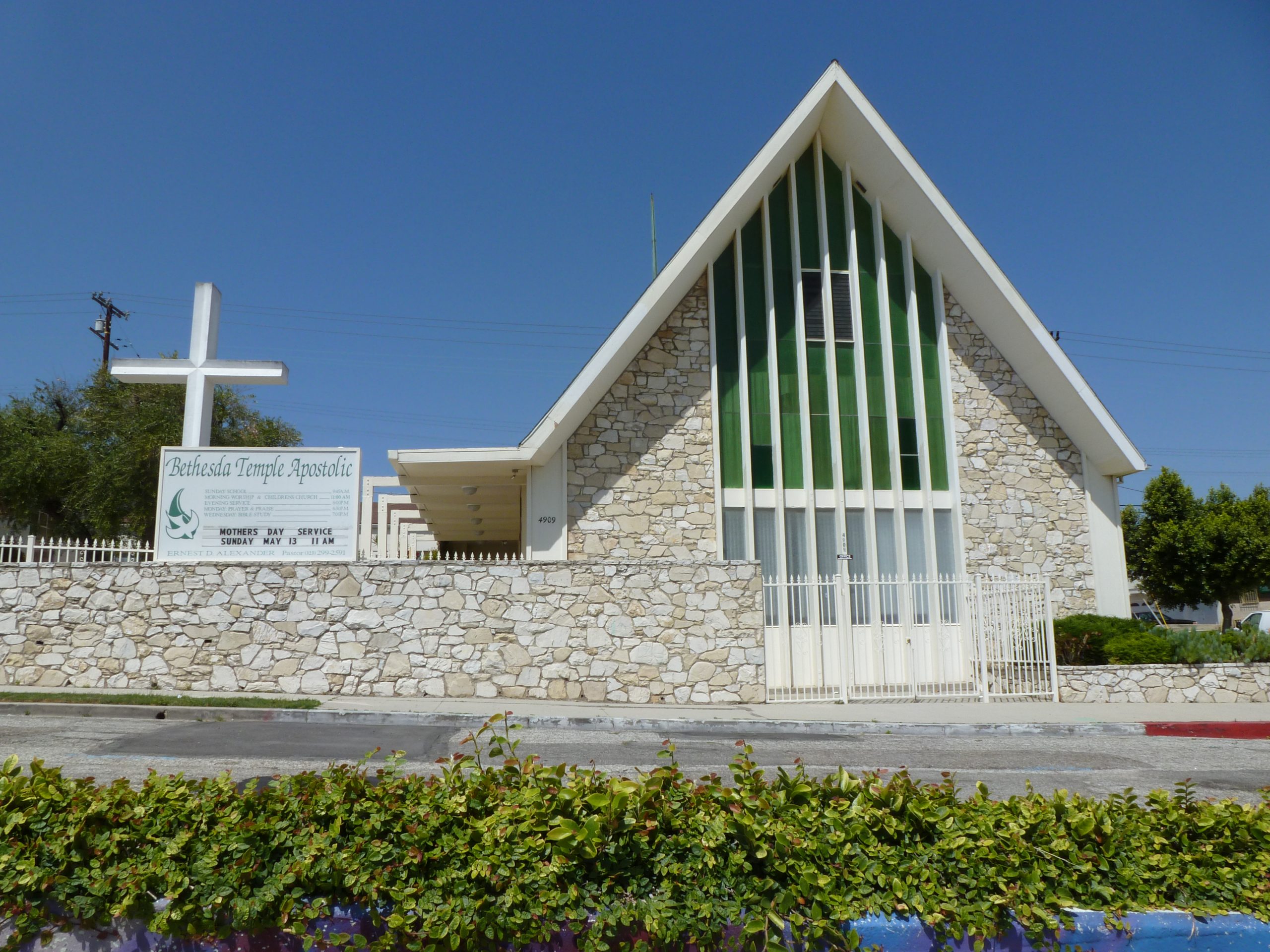 With just 30 members, its first worship services were held at Howard Johnson Hotel and the Cockatoo Inn Ballroom. Bethesda then went to Dublin Avenue Elementary School auditorium and two years later purchased a church building at 1101 West Florence Avenue. In a short 5 years, the church was able to pay off the mortgage in full.

After 8 years, Bethesda purchased the current location, 4909 Crenshaw Blvd. Through the years, Bethesda has been exceedingly blessed to acquire a number of properties allowing the church to provide meaningful ministry to the Los Angeles area.

A number of ministries have been birthed out of Bethesda Temple Church; Jesus is the Answer of Spokane, Washington, District Elder Shon Davis, Pastor; River of Life Ministries of East Texas, Pastor Harriet Hightower; and Faith Center Ministries, Orlando, Florida, led by Elder Linton and Dr. Elaine Morris, just to name a few.

Throughout Bethesda’s history, many have been blessed by God’s word and its membership has continue to increase.

Over 30 years ago our late Pastor, District Elder Ernest D. Alexander preached Bethesda’s first message from Genesis 26:22, “And he removed from thence, and digged another another well; and for that they strove not: and he called the name of it Rehoboth; and he said, ‘For now the Lord hath made room for us, and we shall be fruitful in the land.”

On Friday, April 26, 2013, in the early hours of the morning, Bethesda went up in flames, with the witness of our late Pastor Alexander and the Bethesda Temple members. We could do nothing but thank God that no one was injured or lost. It never stopped us, for we had service that very Sunday morning thanking and praising God for his goodness, the Lord once again had made room for us.

On Friday, February 14, 2014, the Lord transitioned our Pastor, District Elder Ernest D. Alexander, again we had to continue to thank and praise God for his favor toward us. Although we were deeply saddened because of this tremendous loss, we still carried on the work that had been ordained for us with the help and support of our fellow brothers and sisters in the body.

Elder Robert Lockett, a charter member and Assistant Pastor of Bethesda became our interim pastor. The church continued to fast and pray for God’s guidance. On Monday, October 17, 2016 the Lord transitioned Elder Lockett.

Through all the challenges we have faced, the God that we serve has been faithful and more than good to Bethesda. The Lord took the old Temple down in flames but has given us a completely new state-of-the-art church building.

In September of 2018, the Lord gave us a new shepherd of the house, Pastor Kyron Shorter. God has continued to bless this house through the anointed preaching, teaching and administration of our Pastor. Pastor Shorter, who is a worshiper, continues to lead His people to praise and be thankful unto God.

The Lord has marvelously blessed our congregation and we shall never cease to praise and magnify Him for all He has done for us.

WE BELIEVE that the Bible is the inspired, infallible (unalterable) Word of God written by holy men of old, as they were moved by the Holy Ghost.

WE BELIEVE in one God who is infinite in power, holy in nature, attributes and purposes, as well as omniscient and omnipresent. We believe that He was revealed to us as Father in creation; as Son in redemption and as Holy Spirit in His comforting grace that never leaves those who trust Him.

WE BELIEVE in the Virgin Birth: Jesus was both human and divine; He was God manifested in the flesh.

WE BELIEVE in the death, burial and resurrection of Jesus. We believe that He ascended on high and has sent His spirit, that Holy Ghost, which was poured out at Jerusalem over 1900 years ago, and it is this same Spirit that is filling the hearts of those who diligently seek HIM today.

WE BELIEVE in baptism in water by immersion in the name of the Lord Jesus Christ for remission of sins, and in the baptism of the Holy Ghost, speaking in other tongues as the Spirit gives utterance. This constitutes the new birth.

WE BELIEVE in a holy, sanctified life. We believe in divine healing, communion and foot washing. We believe also in the glorious catching away (the rapture) of the saints when Jesus returns in the clouds in glory to take His people to Heaven.

OUR CHIEF AIM is to glorify our Savior, who is Jesus Christ, who gave Himself for us, that He might redeem us from all iniquity and purify unto Himself a peculiar people, zealous of good works.

Acts 2:38 KJV, “Then Peter said unto them, Repent, and be baptized every one of you in the name of Jesus Christ for the remission of sins, and ye shall receive the gift of the Holy Ghost.”

WE BELIEVE in baptism in water by immersion in the name of the Lord Jesus Christ for remission of sins, and in the baptism of the Holy Ghost, speaking in other tongues as the Spirit gives utterance. This constitutes the new birth.

Every Sunday we joyfully recite this scripture in our morning service. It’s our anthem scripture!  “Make a joyful noise unto the Lord, all ye lands. Serve the Lord with gladness: come before His presence with singing. Know ye that the Lord He is God: it is He that hath made us, and not we ourselves; we are His people, and the sheep of his pasture. Enter into His gates with thanksgiving, and into his courts with praise: be thankful unto Him, and bless His name. For the Lord is good; His mercy is everlasting; and His truth endureth to all generations.” Psalm 100 KJV

Upcoming Events
Past Events
Our Services